Our Junior Fair Board intern Stephanie took to the grounds at Vans Warped Tour:

On a warm July Friday, hundreds of teenagers and adults alike flocked to various platforms to see their favorite bands render their favorite songs at Vans Warped Tour. Undeterred by the weather, concert goers found creative ways to beat the heat. A horde of shorts, tutus, and bikini and tank tops entered the grassy area where all the bands were stationed. Others were willing to defy the heat and stick to more artistic apparel. I had the pleasure of speaking to Jorge, aptly dressed as Mario from the Super Mario Bros., who told me that he has dressed up as this very recognizable character every single time that he has attended the annual concert.


The crowd was also illuminated by a man donning a neon green jumpsuit who undoubtedbly must have been a little hot at the very least.

The crowd consisted of many different types of personalities. Some girls were dressed in all black with painted stitches on their mouths, while others were wearing short-shorts and dresses reminiscent of beachwear. Some guys were wearing shredded shirts and pants held together by safety pins, while others were simply wearing t-shirts and shorts. The simple fact that the crowd was a mélange of different characters attests to the fact that Warped Tour is indeed a concert for everyone.

The air, stirred by the occasional transient breeze, was neither still nor silent. The characteristic low hum of a bass guitar or the loud beat created by a skillful drummer’s precision filled the air. Fans were enthralled as they watched their beloved bands perform just a few feet in front of their very eyes. If attendees weren’t watching a performance, they were flocking to a contest or giveaway at one booth or another. One such contest allotted fans one minute to assemble under a tent. Within seconds, a throng of people had huddled under the tent and were awaiting their prize.

Overall, Warped Tour 2011 was a lot of fun in spite of the heat. Fervent band supporters had their dreams fulfilled as they witnessed their bands performing live. If you missed it this year, there is always next year!

Thanks Stephanie! How’d she do? Share your experiences on Vans Warped Tour and see if they compare to Stephanie’s. 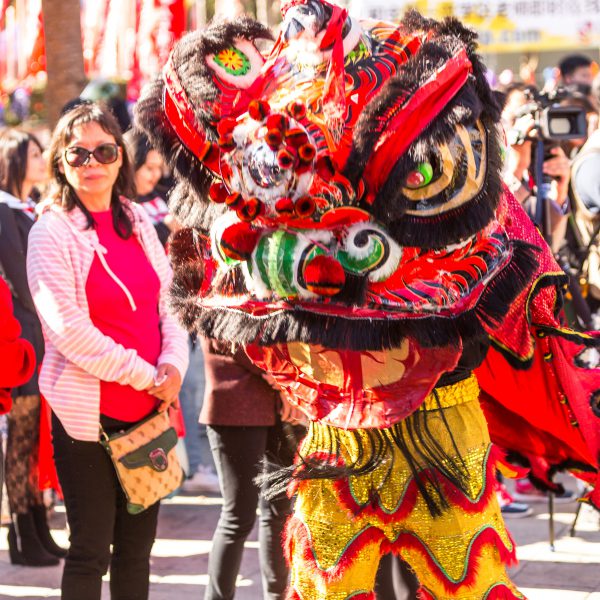 The Asian American Expo is back at Fairplex in just a few weeks! After…

When I was a kid, my sister would sit and watch (and scream and…

Beauty and the Beasts at Fairplex

Beauty: Today is the last day to get a steal of a deal on…