“One of the things I try to do when I paint is try not to think.” Steve Jakobsen 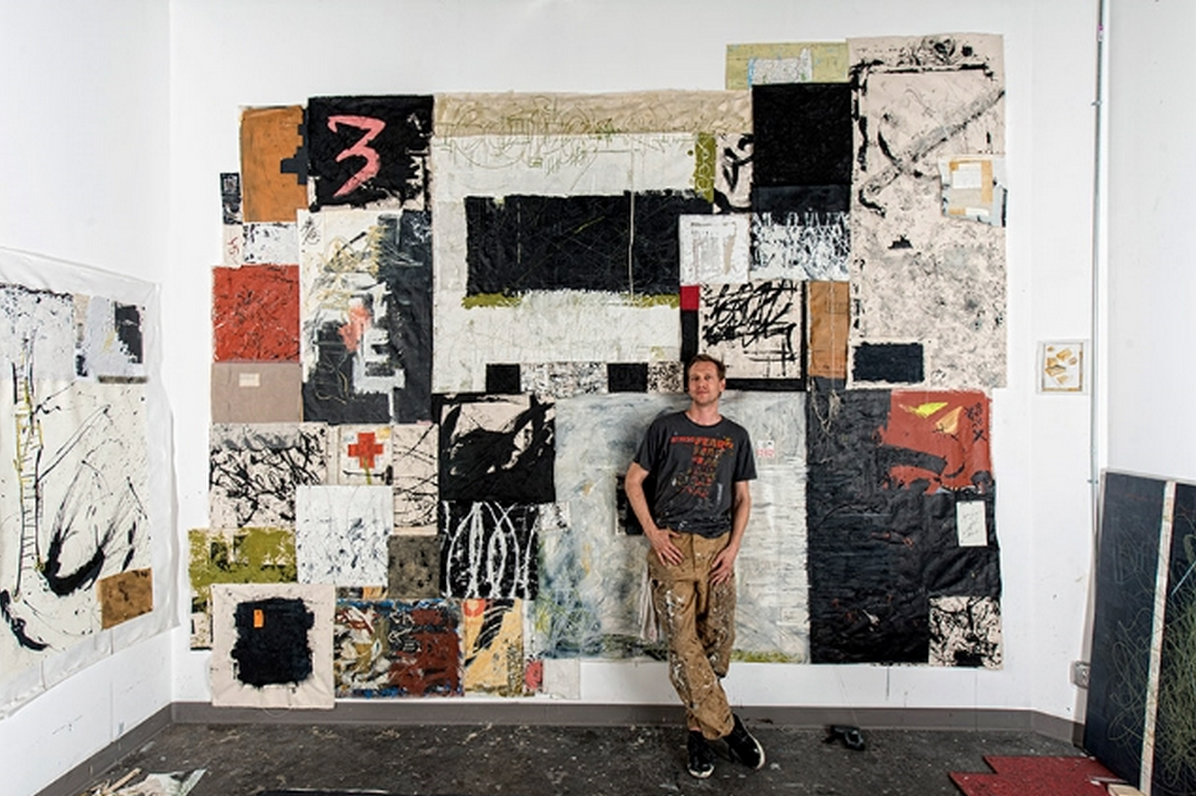 Steve Jakobsen is a contemporary artist who is originally from Seattle. He went to school in Seattle for graphic design, and became a graphic designer in New York. He then joined a Mexican soccer team and moved to central Mexico. He said that this experience was a wake up call in his life. He came to the realization that “the whole world is absolutely different than America. People react to things differently. People actually care about things because their lives actually depend on it.”
After Mexico, he moved to Los Angeles and became a painter. As a painter, he tries to do the opposite of what he did as a graphic designer. “I try to get away from that when I’m painting. That’s too much of a process – too engineered.” 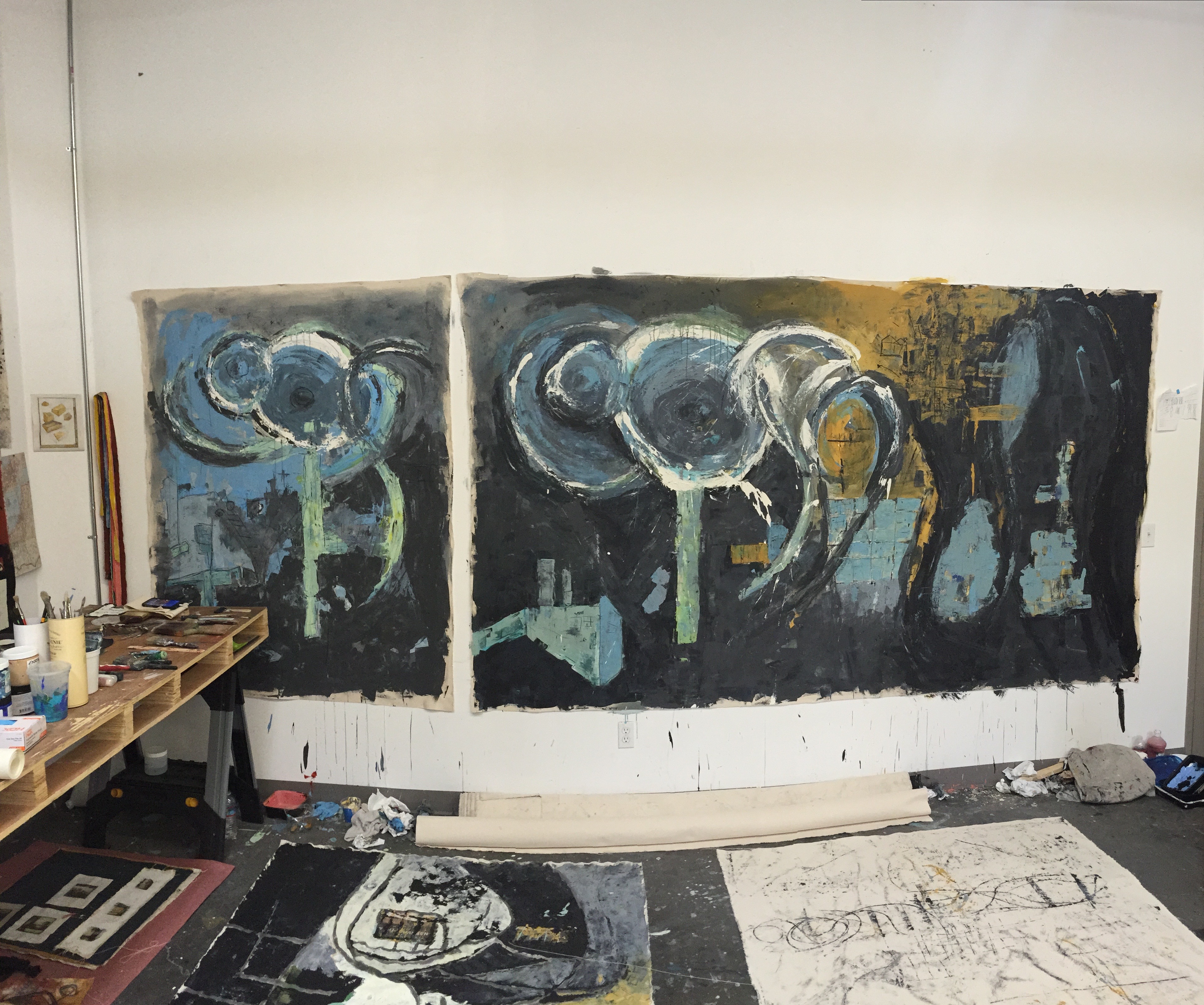 “[Painting] is a great time where I’m left alone and my head stops working. Screw the cerebral shit, and just let the lizard part of your brain, the frontal lobe just do whatever it needs to do. It will bring in everything you have experienced in life towards it and help you tell the story when you’re painting.” 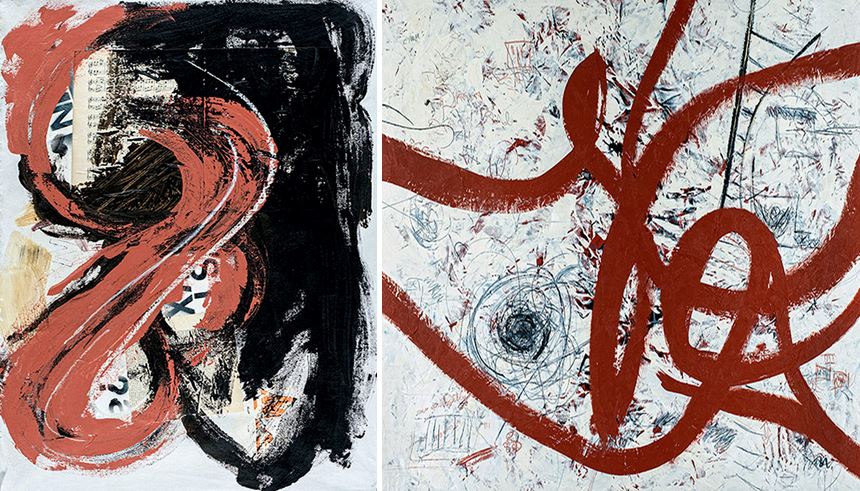 When asked about artistic inspiration he said that “walking the streets is the biggest thing, and just riding my bike around the streets of Downtown LA.” He is interested in the community and the “behaviors, textures, motion, speed of flow, and what is going on.”
His artistic process starts with a sketchbook. He sketches just the general idea and layout, then transforms this to the canvas by using spray paint and oil to create the base of where things are going to go.

After this stage he lets his subconscious mind takeover.  His subconscious guides his hand to represent the things he has observed on the streets of Downtown LA. He lets his “Lizard Brain” as he calls it wander all over the canvas. This process makes it very hard to tell when it’s complete. “Knowing when to stop is very hard. It’s hard to stop.” 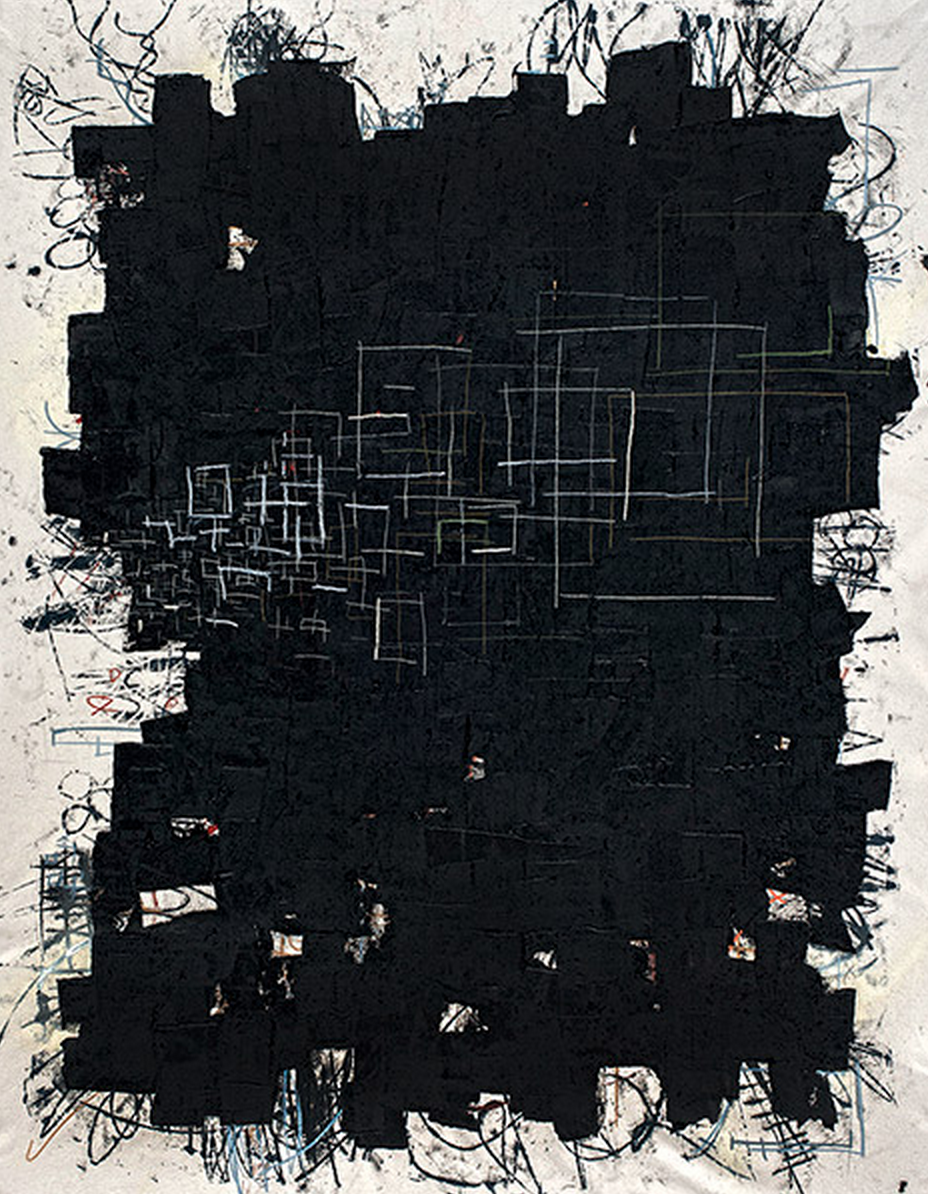 Steve Jakobsen’s work will be featured in the Millard Sheets Art Center’s upcoming exhibition The Art Classic.
Please join us this year at the LA County Fair to view Steve’s work and the other artists profiled in this series from the Los Angeles Art Association who were selected for this year’s exhibition.

We have a number of new exhibits coming to the L.A. County Fair this…

Cool Things at the Fair

Although the Fair marks the end of summer, the heat hasn’t let up yet.…

Aside from the wondrous sights and delicious smells, the Fair is an auditory experience…

Applications for temporary jobs during the 2010 L.A. County Fair will be taken beginning Monday,…

College Thursday this week is USC Day! So on Sept. 17, all USC students,…