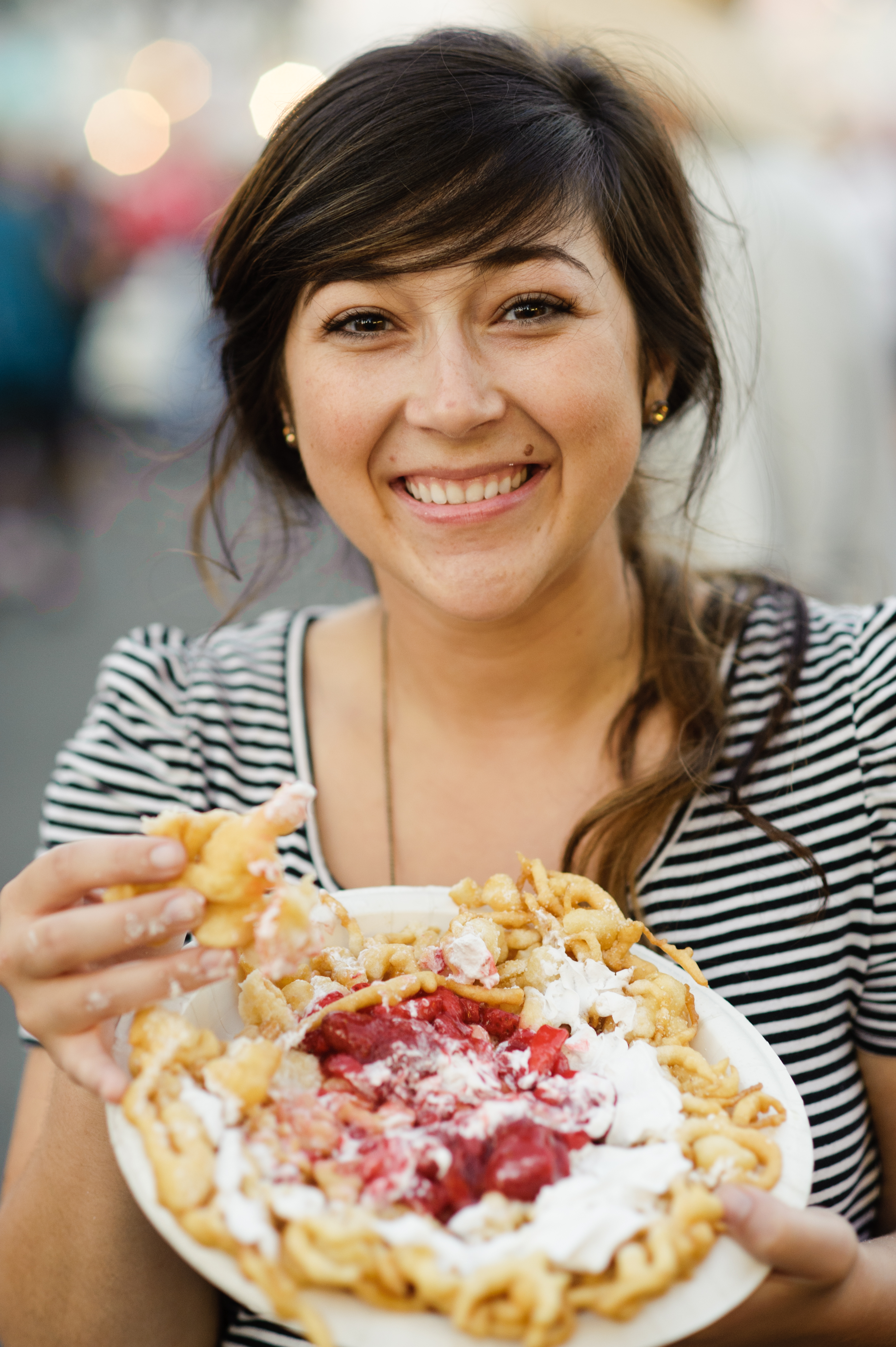 Funnel cake has been a fair food staple since the beginning. The crisp, powdered sweet treat can be found at amusement parks and fairgrounds throughout the world. Did you know that the funnel cake actually originated as a mid-morning snack in the Pennsylvania-Dutch region? Can you imagine digging into all that sugar before lunch?  Not a bad idea…
Funnel cakes are made by pouring batter (similar to the dough used for doughnuts) into hot cooking oil in a circular pattern and deep frying the contents until they turn a golden-brown. The batter consists of milk, eggs and flour among other ingredients.
Although delicious when eaten plain, funnel cakes are typically decorated in an assortment of goodies. Favorites include powdered sugar, jam and cinnamon. My personal favorite concoction is Nutella, strawberries and powdered sugar! Do you have a favorite combination? Maybe honey mixed with peanut butter? Melted chocolate mixed with marshmallows? You never know what could be a hit or a miss. Post your discoveries in the comments section!
Funnel Cake Fun Facts

We have our fair share (pun intended) of food novelty here. From fried butter…